Teubner summarizes: “For van Dusen, ‘the soul that is dilated in Augustine’s time-investigation is essentially and incommutably the life of a body (vita corporis) – not intellectus, not mens’ (p. 17). The distentio animi of the Confessions resolves itself not into an ‘interiority of the mind’ but rather into an ‘outness of the soul’ (p. 17). The highly loaded (and contested) term distentio is thus understood by van Dusen as a ‘dilation, refraction and spatialization of the soul’ (p. 17). The chief payoff for Van Dusen’s sensual interpretation is that Augustine can be located within an Aristotelian time-question that is physical and an Epicurean time-concept that is sensual, thereby fully dismissing the medieval diagnosis that Augustine, contra Aristotle, holds a ‘metaphysical’ conception of time.” 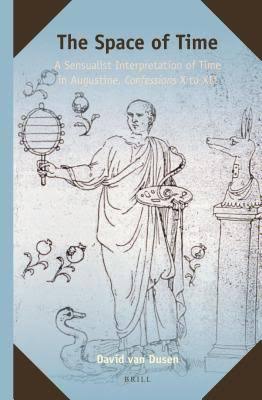